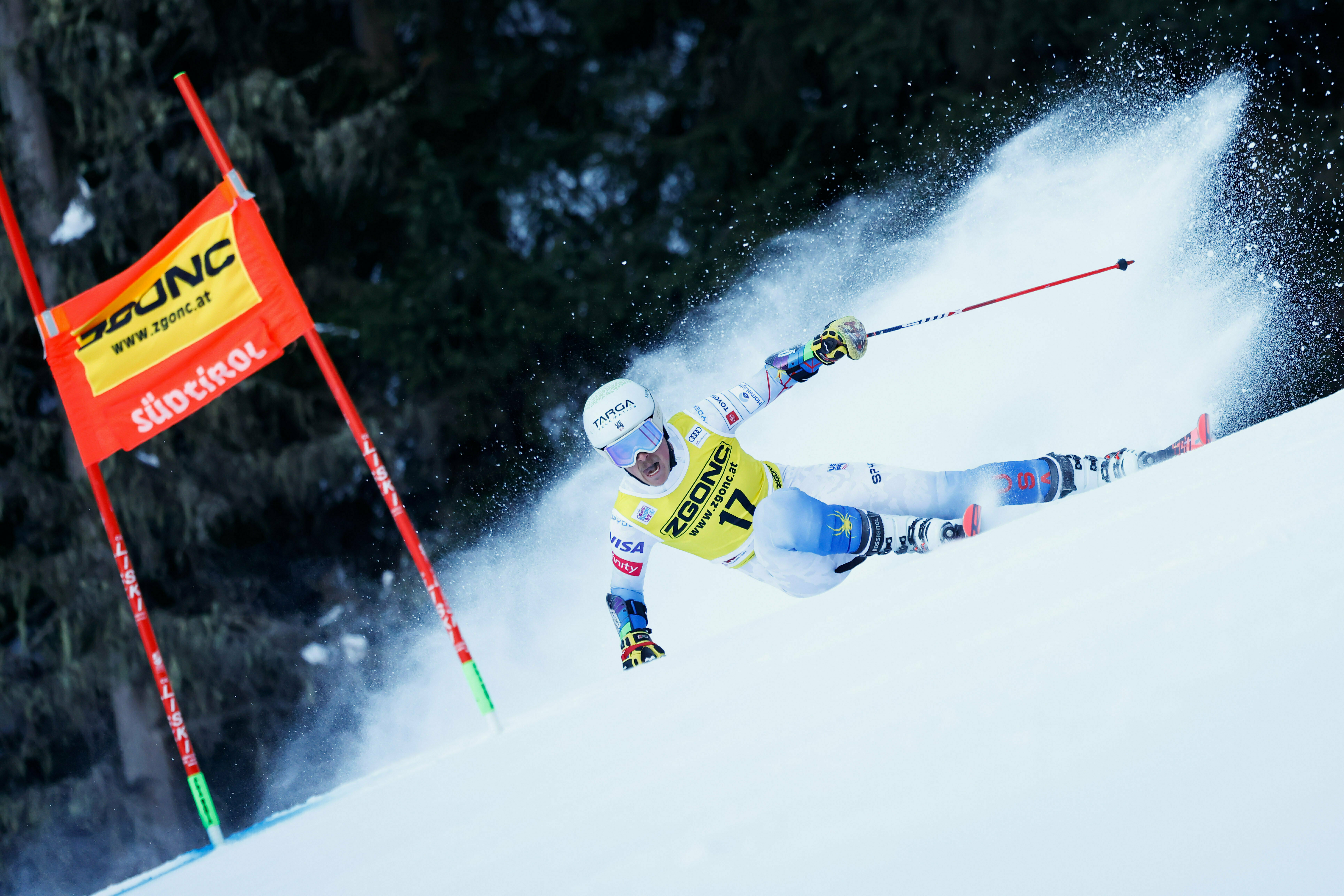 Another Top 10 for Radamus in Alta Badia Giant Slalom

Odermatt, who has four wins under his belt so far this season in both GS and super-G, remains in first place in the overall World Cup hunt.

Radamus put down another good day, showing his strength and skill on the longest giant slalom on the circuit. He was eighth after the second run but a few minor errors cost him enough time to push him back into 10th. “I made mistakes early—cost myself my time up there,” said Radamus. “But I fought like hell. I fought really hard and just wanted to keep my skis in the fall line. I did a good job with my approach. There are some turns that I want back but I’m psyched with how I went at it today.”

With Sunday’s sixth-place result tying Radamus’ personal best finish on the World Cup and Monday’s 10th place, the world is starting to notice the Vail-bred skier and pointing out his medal potential in Beijing in February. But the measured and mature 23-year-old is thinking about the Games in a different way, allowing himself to focus on the aspects of the sport he can manage.

“It’s the shadow that’s looming over everybody; you can’t not think about it,” said Radamus. “I’ve never been to the Olympics. I think I’m in a good position to go this year, but I need to focus on my approach and focus on the things I can control. I think my skiing is going in the right direction because I’m doing that and so I’m going to keep that up and hopefully can bring the momentum into the Olympic Games. I’ll focus on the process instead of the outcome and the outcome will be there if I do that.”

Radamus is also battling some pain after crashing through the finish yesterday after his first run but is treating the issue and does not expect it to be a lingering problem throughout the season.

Brian McLaughlin and Ryan Cochran-Siegle did not qualify for the second run. George Steffey did not finish the first run.

The giant slalom specialists and speed men now have a holiday break, while the slalom skiers stay in Italy for the Madonna di Campiglio night slalom on Wednesday. On Tuesday and Wednesday, the women will race two giant slaloms in Courchevel, France.